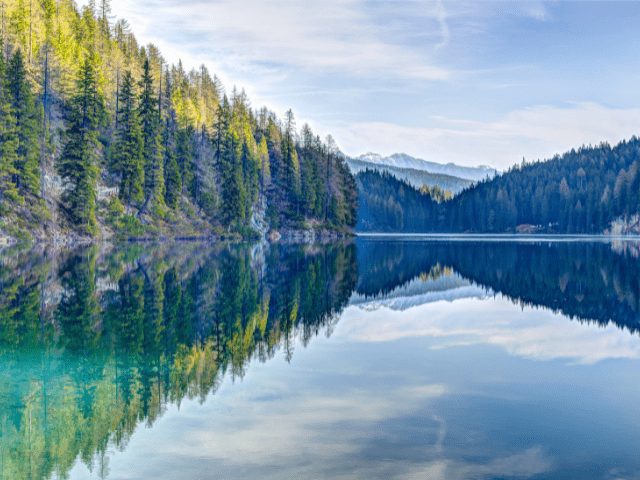 Throughout the Bible, God records a multitude of instances where He speaks to His people, often through dreams, visions, and prophetic words.  Sometimes, these prophetic visions are recorded in short accounts presented in graphic descriptions, while others feature entire prophetic visions from God.  For example, Daniel could understand visions and dreams of all kinds (Daniel 1.17), and, in the Revelation from Jesus Christ, which God gave to John, He shows His servants what must soon take place (Revelation 1.1).  In verse 11, John was instructed to write down the vision he saw and send it to the seven churches.

According to the The Encyclopaedia of Biblical Prophecy, Professor J Barton Payne has calculated that around 27% of the Bible is prophetic; with staggering consistency and detailed accuracy.  That’s over a quarter of the text (one in 4 verses) foretells the future.

God still speaks in this way and has given Coalburn and Lesmahagow Church a vision and prophetic word.  When God speaks to His people, we should sit up and take notice, to act on His word.  However, that doesn’t mean we naively believe whatever comes along from anyone who has a ‘thus says the Lord’ statement.  God tells us to test the Spirit (1 John 4.1-6) so that we discern the Spirit of Truth from the spirit of error, to avoid being led into a false gospel different from God’s Word.  We have to be careful not to rewrite God’s will to suit our own preferences, but rather we follow the way, the truth and the life into the promised land.

The passages God has given us from Isaiah 35 confirm the vision we recently received from God, and is key to our understanding.  The prophet Isaiah’s vision is about the final salvation and the joy of the redeemed in the final days.  This is a vision to make fearful hearts strong, strengthen weak hands and encourage those with trembling knees, looking to a bright and blessed future with our hope in Jesus (v3-4).  This vision reveals a brilliant light illuminating the highway ahead (v8), as God refreshes the world, and all that was once dry and dead will blossom, the people will rejoice and shout for joy at God’s abundant outpouring of His Holy Spirit (v1).

In the vision given to us, we have initially been called to prayer that we might take flight, witnessing the formation of His plan.  New life will flourish and a spiritual spring time will emerge.  The splendour and glory of the Lord will bring about great rejoicing and shouts for joy.

This vision in Isaiah talks of a people who remember the splendour of glory days gone by, but now seems far from reality.  To the human eye, it seems there is no way to right the wrongs done and so the people cry out faithful in prayer.  Then we will see the salvation of the Lord, His touch heal the land, and His deliverance open the door to see His glory once again (v9-10).

Let’s remember God loves, with a great love, those whose heart is bursting with a passion for the impossible – and as we know from Luke 1.37 ‘nothing will be impossible with God’.

The point of such visions from God are to inspire us, encouraging us to remain strong in Jesus, to faithfully follow, and to believe what He says as He reveals His plan in ways we can easily understand.  However, when God reveals His plan it forces us into a decision, to do it God’s way or not at all.  To receive what God says, or make up our own version that results in ceremonial religion that leaves God out of our future.

Isn’t it true, most people are in favour of progress and growing in faith?   It’s just the change they don’t like.  But once all is settled and we go beyond the judgements of our personal preferences, then the everlasting evidence of God’s salvation can arise as He is honoured by our faith in action.

Visions from God are symbolic to show us exactly what God has in store, this new life in Jesus will flourish in the lives of people as we willingly respond to His plan in prayer.  As we enter into a season of prayer, let’s see this as the time to sow seeds of change, God’s way.  This is time to pause and gather strength for our journey in Christ Jesus, to see the seeds of change take root and this church take flight into the abundant blessing of God.

Heavenly Father, the reasons we have to worship and honour You just keep on increasing day by day, we are ever grateful that Your Word is Truth and You honour Your Word.  As we commit to pray, knowing that whatever things we ask in prayer, believing, we will receive.  Let Your vision become our vision, let Your mission for the church be fulfilled here by us as we take flight and rise up to see the seeds of change flourish in rich, good soil.  In the wonderful Name of Jesus Christ, amen.