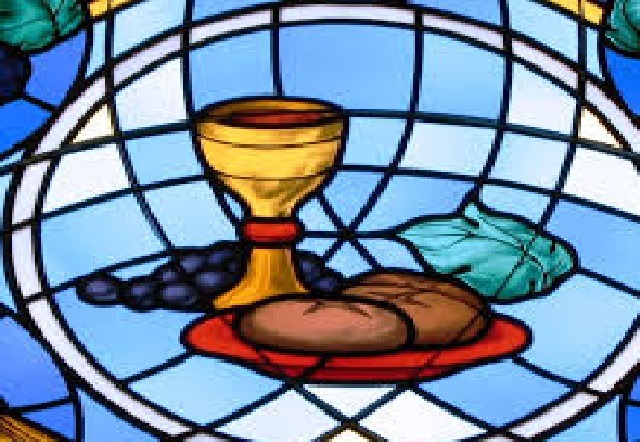 Those four steps, involving the bread, symbolise His body broken for us through His death on the Cross.  In those steps, Jesus gave us the foundation to understand four important points about the meal we now call Communion or the Lord’s Supper.

When we take communion in a worthy manner (1 Corinthians 11.26-28), we begin to appreciate how Jesus’ death seals us with His redemptive power.  Although, ‘a worthy manner’ is not about formality or ceremony, but is referring the importance of examining our heart before God, to remember, honour and appreciate all Jesus has done for us.

Therefore, every time we repeat those words that Jesus Himself spoke, we declare four crucial truths, which were accomplished in and through His death on the cross.  What are those crucial truths again?

This is all possible because Jesus is ‘the Lamb slain from the foundation of the world’ (Revelation13.8) and because of His sacrifice, Jesus has ‘Redeemed us to God by His blood, people out of every tribe and tongue and people and nation’ (Revelation5.9).

No one can bypass the cross or go around Jesus’ death if they want to be saved, because there is no plan B for salvation.  Oswald Chambers once said, ‘All heaven is interested in the cross of Christ, all hell terribly afraid of it, while humanity are the only beings, who more or less, ignore its meaning’.

So, as we intentionally look at the cross, asking God prayerfully to help us understand:

In Galatians 6.14 it is said, ‘God forbid that I should glory in anything, but in the cross of our Lord Jesus Christ.’  That’s because of what happened there, when:

Remember, there is wonder working power behind those words, ‘took, blessed, broke and gave’, because of what was accomplished through the sacrifice of His body, which is given for you.

Our Father, who is in heaven, hallowed be Your name, Your kingdom come, Your will be done, on earth, as it is in heaven.  Give us this day our daily bread, and forgive us our debts, as we forgive our debtors.  Lead us not into temptation, but deliver us from evil, for Yours is the kingdom, the power, and the glory, forever, amen.