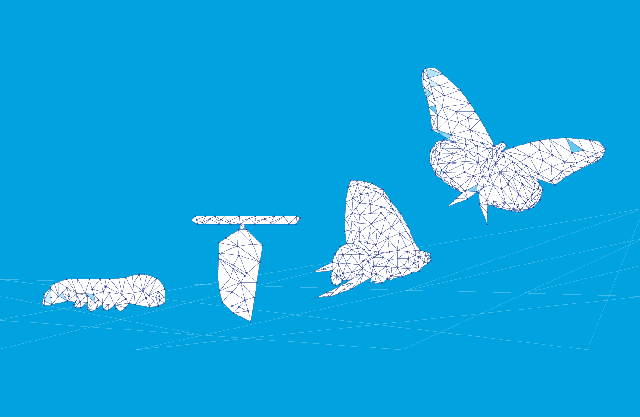 As a young child I did things as a child, at one point in my young life I knew the answers to nearly everything and I believed I could do anything … until the change into adulthood and maturity took place.  I wish I was still able to do all the things I used to do, but things have changed in many ways over the span of this lifetime.  So, we learn there is an inevitability in life that is constant: change.

Not only for me, I hear on a regular basis about changes for family and friends; change in age, change of address, change of jobs, change in relationships, change of cars, changes in health … and abilities, changing seasons of life, the list goes on.  Some change can be good for us and sometimes necessary, some not so good, to even awful, but life goes on as we adapt and move with the times.  A famous quote states, ‘everybody seems to be in favour of progress, however, it’s the change they don’t like’.

There’s a group mentioned in the Bible (the Pharisees), who grew to believe their traditions and practices were equal to, if not more important, than the Scriptures (the Word of God) or even the will of God.  Some of these things would sound irrelevant or even silly to us, but in those days, they took their tradition very seriously, some still do.

However, things were changing.  Jesus came to earth to demonstrate how God was moving through His love for humanity as God’s plan for our salvation unfolded.  This meant a shift took place from the old system of the law to a new system based on God’s merciful grace.  Many man-made ideas, traditions and practices changed for good, but not God or His Word, which remain the same for all time.

In the Bible (Acts 10.9-16), there was a time after Jesus rose to heaven, when God wanted Peter, a friend, disciple and apostle of Jesus, to go and speak to the wider world.  Peter was a devout Jew and his tradition meant this wasn’t allowed.  So, to convince Peter that change was necessary, God showed Peter a dramatic vision.

God, in His grace, was leading the people to change those firmly held traditions, so that His message of transforming love could reach the whole world.  To confirm this, God showed Peter this vision three times in order for him to overcome his resistance to change.  Sometimes resistance to change can have such a hold, it prevents us from seeing God’s will.  But, Peter began to see things God’s way, discerning that God wanted things to change.  Peter got aligned with God’s plan and embracing the changes, things progressed from there.

Are we willing to change to meet the ever-changing circumstances we face, to lay down our resistance to see God in the way He should be seen, according to His ways?  Or will we remain where we are, with little to no knowledge of God, His ways, His love and His acceptance?

This is the Lord’s prayer, say it slowly to consider the words … Our Father, who art in heaven, hallowed be Thy name, Thy kingdom come, Thy will be done, on earth, as it is in heaven.  Give us this day our daily bread, and forgive us our debts, as we forgive our debtors.  Lead us not into temptation, but deliver us from evil, for Thine is the kingdom, the power, and the glory, forever, amen.

Write to us at
12 Church Square, Lesmahagow
ML11 0EJ