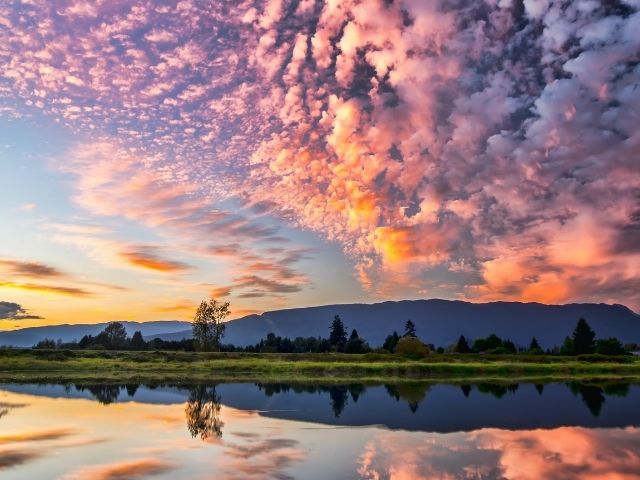 God of all creation

Having witnessed the longest day of the year recently and the beautiful weather this week, the long warm days and short nights inspire us to see God in all creation.

Being mesmerized by this awesome wonder, is perhaps what inspired David to write in Psalm 8 … ‘Lord, our God, how majestic is your name in all the earth … When I consider your heavens, the work of your fingers, the moon and the stars, which you have set in place’.

Our current knowledge of creation and the reaches of the universe, give us even more reason to ask, like King David did, ‘What is humankind that God is mindful of us … human beings that he cares for us?’

These words become more meaningful if you picture the author, David, lying on a quiet hillside, looking up into the sky. What he sees fills his heart with the wonder of God, and David’s awareness of God’s majesty permeates the soul with such closeness of relationship, confidently understanding that God cares for those He created. More than that, He is attentively involved in our lives.
There’s something about a clear sky that creates a sense of wonder in most people. In the evenings, the light of the moon and bright shining stars pierce the darkness with a sense of mystery. In daytime, the sun and clear blue skies unveil the majesty of God’s creation.

Psalm 8 contains beautiful expressions of praise to God that encourage us to take moments to stand amazed that the God of all creation, the great and glorious Lord of all, would pay attention to the people of earth and would display His majesty across the universe for all to appreciate.
God does this because He wants us to know Him intimately and intentionally. His aim is for us to understand who He is as revealed in creation, and grasp the significance of what He has done. For He desires that we see Him in all His splendid fullness, so we might be drawn to the beauty of His character and pursue a right relationship with Him.

The moon provides us with light at night, although technically it emits no light by itself. It may seem lifeless way up in the sky, but performs some very important functions, for example, the earth’s tides are influenced by the gravitational pull of the moon.

If it were too big or too close, perhaps it would cause dangerous tidal waves and earthquakes. If it were too small or too far away, perhaps the oceans would stagnate and be unable to support life. The work of God’s creative power is evidenced by our perfect moon, in both size and position to the earth.
God’s hand also made the stars. What about the star we call the sun? It also has influence on the earth’s tides. Its temperature is around 10,000 degrees Celsius on the surface and an intense 15 million degrees Celsius at the core. Without the sun, nothing on earth would survive, however, with the earth orbiting the sun 93 million miles away, the sun is not too close or too far away.

The sun, perfect in size and position to the earth, is necessary to provide the complexity of perfect conditions for life on earth to thrive. We also know the light from the sun reaches the earth in only 8 minutes; any other star this close to earth would have fried us by now.

However, in Psalm 19 David wrote, this is God’s way of ensuring nothing is deprived of its warmth, as it rises at one end of the heavens and makes its circuit to the other. It also affirms, the heavens declare the glory of God, and the skies proclaim the work of his hands.

A Noble Prize winner, Arno Penzias, once said, ‘Astronomy leads us to a unique event, a universe that was created out of nothing, one with the very delicate balance needed to provide exactly the conditions required to permit life, and one which has an underlying, and one might say, supernatural plan’.

When God supernaturally created the universe and all contained in it, He signed it with the excellence of His glory, so that we could look into the vastness of all that is out there and see the majesty of God.

The heavens and earth tell of the glory of God, the same God who is the Creator of the Universe, you and me. Perhaps take a moment to intentionally look around and find His face is shining right at you, through the love He expresses in all that He has made.

This is our prayer. Father, we see how vast the universe is, all the while declaring Your majesty. The world You created is magnificent, all the while displaying the work of Your hand. Maybe we can’t truly comprehend all this yet, but as forever is a very long time to live without You, help us to have faith and trust in You as our God. In the Name of Jesus Christ, amen.